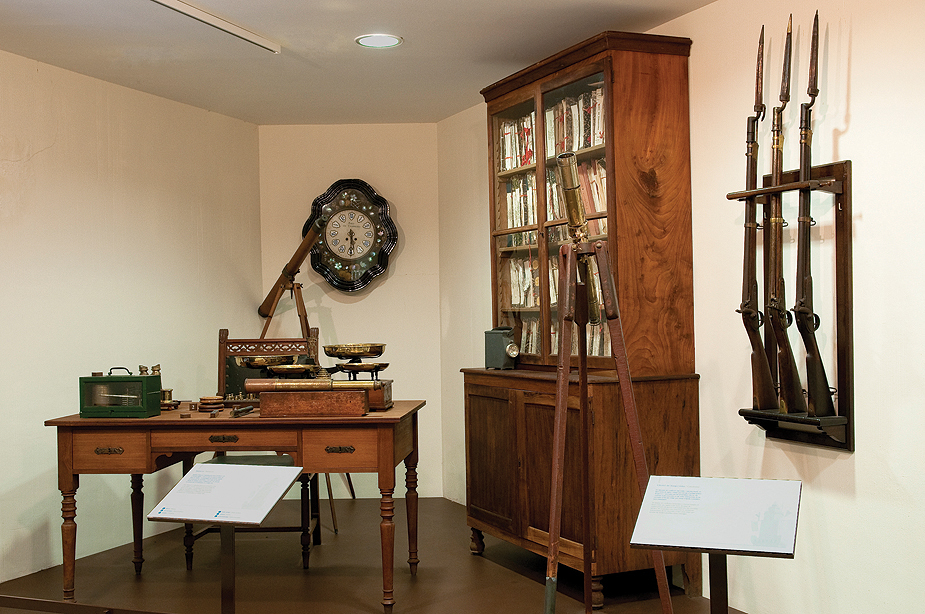 Everyday life in lighthouses changed substantially over the years, mainly due to the progressive development of the technology employed in lighthouses. Without a doubt it was the early years that were the harshest, with extremely demanding postings, not so much the skills required but due to the extreme living conditions.

At that time, lighthouse keepers and their families had to live on small islets such as Penjats or den Pou. In the latter, for example, during storms the waves would crash through the windows of the families’ cottages. There were many occasions when bad weather meant that food supplies could not get through, causing real suffering. Moreover, the problems caused by several families living in close quarters in such isolated places were an extra strain on the already tough work of the lighthouse keepers.

Over time, the isolation slowly became more tolerable, with the introduction of motor boats carrying supplies and people out to the islands, motorised transport for material, radio transmitters for communication and independent bathrooms for each dwelling.

All of this meant a significant reduction in the disagreements between the different occupants of the lighthouses. In any case, living together in such cramped condition was always an important factor that the lighthouse keepers were well aware that could become one of the biggest hindrances to the performance of their work.

The incidents set out below even though they represent only a small part of what actually happened give a clear picture of the harsh conditions of the work of lighthouse keepers in the Balearic Islands during the nineteenth and early twentieth centuries.